Healing the broken relationship between seed and bread: The promise of the Open-Source Bread commoning community

What role can seed commons play in securing good taste and nutritional value in bread? | 9th of March 2022 | by Adrien

Since the Neolithic Age and the dawn of agriculture, grain has been a main part of the human diet. With the rise of grain, bread – in its many forms – emerged as a staple food to many civilizations. The steady and slow selection of better grain strands by farmers enabled more elaborate forms of bread. It is likely that the requirements of bread making influenced the choices of farmers in their selection work, favoring types of plants that were easier to mill and delivered doughs that were easier to shape into bread loaves. Making bread is intertwined with the selection and production of grain. 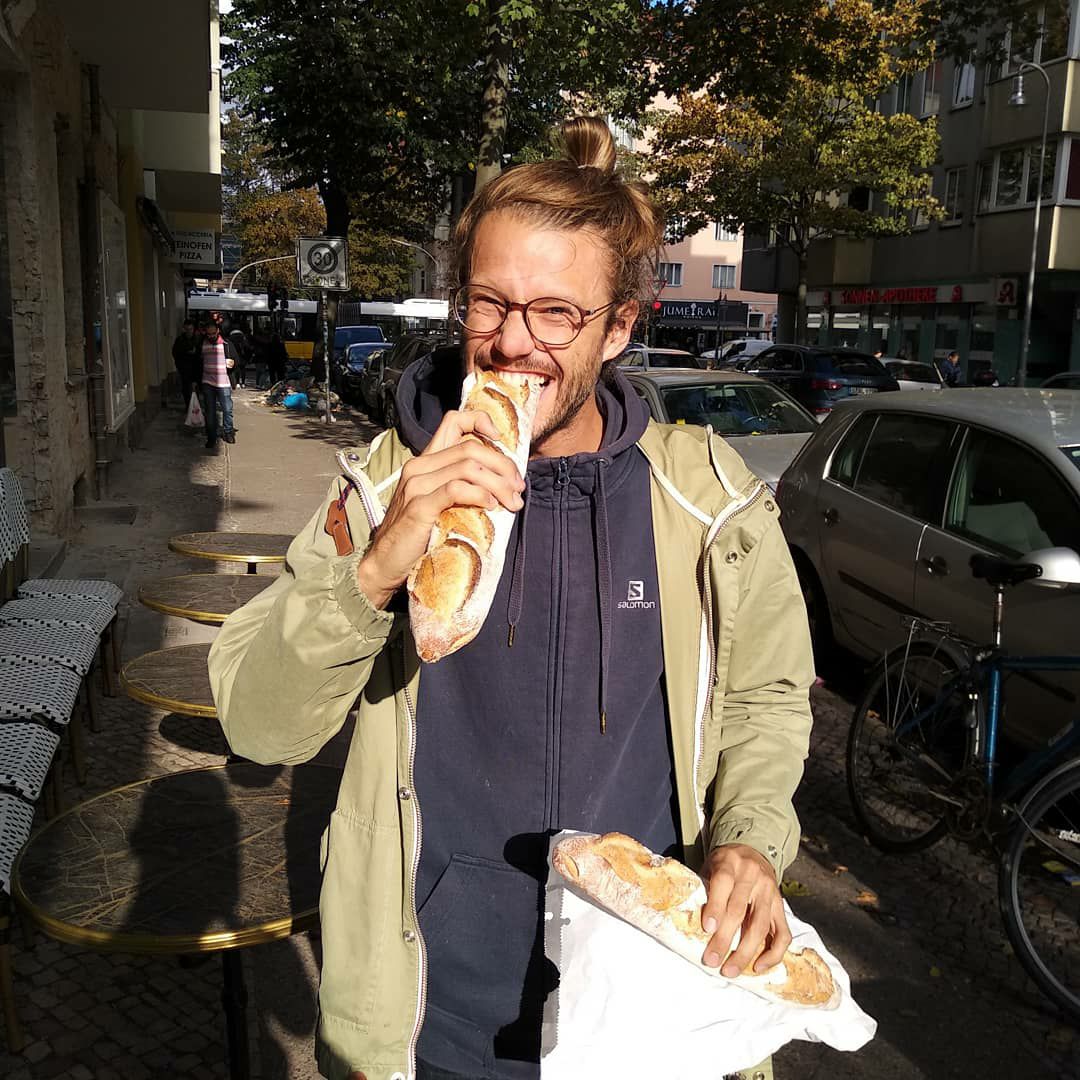 The author of this article is a real bread lover

For thousands of years, seeds have been passed around as a commons, and grain strains with good farming and nutritional qualities, but also good baking properties, have disseminated across continents. It is only in the post-WWII era, that the systematic development – and enforcement – of the scientific selection of varieties together with the concomitant rise of an agro-industrial complex has radically transformed grains and bread. Yields have been multiplied and baking qualities have allowed for frantic industrial and mechanical processing of bread dough thanks to a selection maximizing gluten content. While the overall availability of flour fit for baking exploded, bread turned into an industrial product – increasingly white, fluffy, and full of undeclared additives – while its nutritional value has starkly declined. And, more recently, gluten intolerance is becoming a rampant phenomenon.

Again, the making of bread being intertwined with the selection of grain, the increasing industrial concentration in the production of bread is indissociable from the increasing market concentration of the seed business. Today a jaw-dropping 60% of the global trade in seeds is now operated by only three multinational corporations. This accelerates a historical drop of genetic diversity in crops and results in a food system where sovereignty over our food means of production – where the ownership of seeds plays a key role – is at stake. As if this was not enough, the loss of biodiversity severely undermines efforts for coping with the challenges of climate change.

Sparking a commoning community: the re-coupling of seed and bread

At OpenSourceSeeds we believe that for ensuring the resilience of our food systems seeds need to remain a commons: resources that are shared and governed by communities of users. And because the fate of grain is so intricately intertwined with bread, we designed the Open-Source Bread project. Since its launch in November 2019 in Berlin, a small but growing number of bakers have been selling an open source bread made with flour obtained from a wheat that was released and protected as a commons with the Open-Source Seeds License. The project revolves around a community of stakeholders along the supply chain that connects the seed to the end product; from an open-source seed to an open-source bread. This community is held together by the shared aim to retain seeds as commons. Thus, the breeder, farmers, millers, bakers and consumers that take part in the Open-Source Bread action become part of a commoning community. While still at an early stage, the development of such commoning communities offers a promising avenue for rethinking the way new crop varieties are being selected, and how that process can be financed. 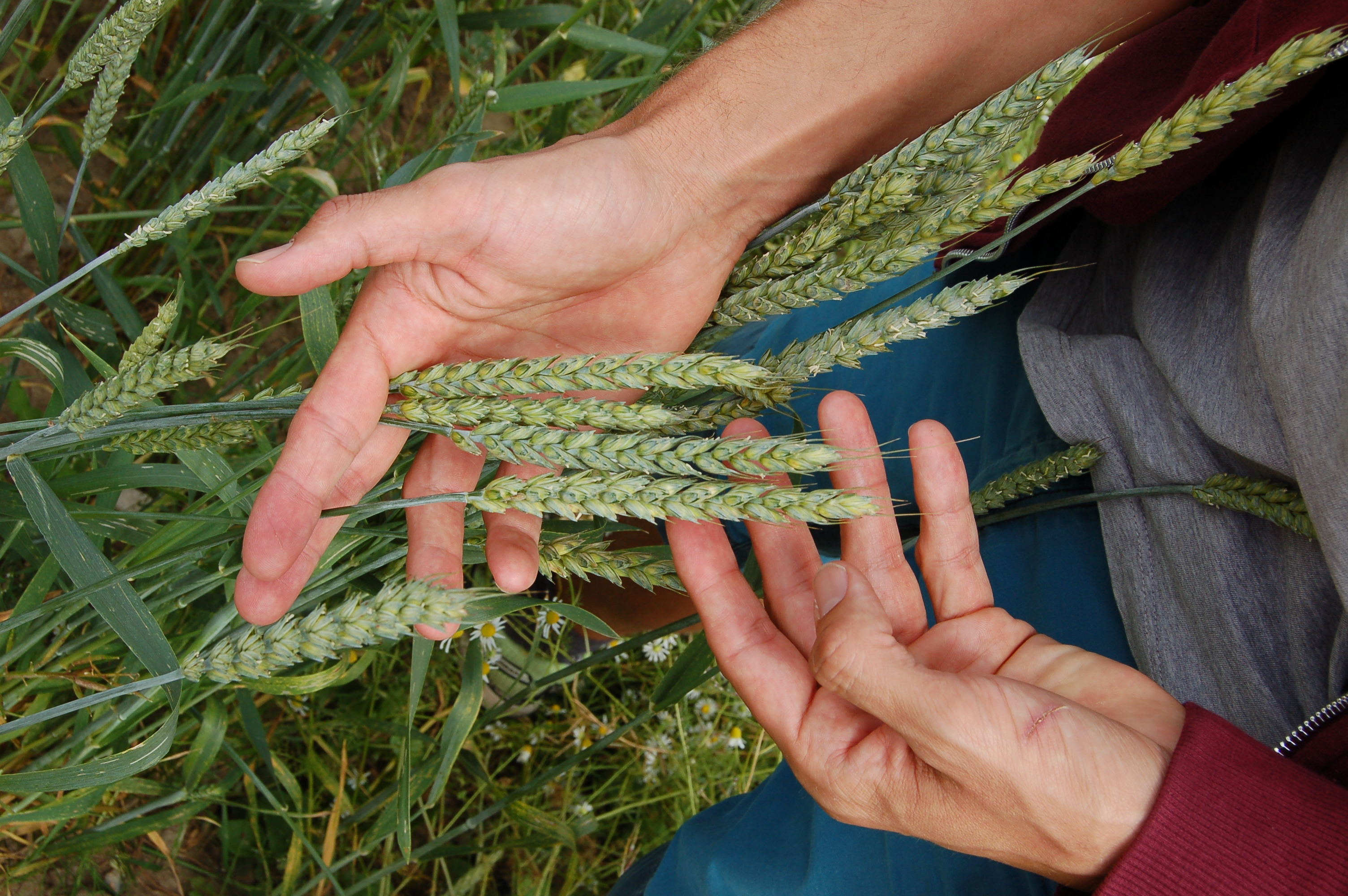 In 2022, OpenSourceSeeds will launch a crowdfunding campaign to raise funding for the release of a rye variety with an open source license. The money will be awarded to the breeder of that new variety, creating a new stream of revenue and a wortwhile alternative to the small income the breeders could get from variety protection fees if they were to claim intellectual property rights. The focus on a new rye variety comes in response to the interest expressed by bakers for an open source variety of this grain, its flour and bread being particularly loved in Germany by artisanal bread-makers and consumers. A successful crowdfunding campaign would further strengthen the community of economic actors that have gathered around producing open-source bread and appeal to more bakers and clients, but also farmers: some varieties of rye can be cultivated on land not suitable for wheat.

After an era where the love affair of grain and bread was turned into a toxic relationship by the agro-industrial complex, the re-coupling of bread-making with the selection of grain at a smaller scale, through nurturing true commoning communities, may offer a promising alternative.

Find out more about the Open-source Bread Project here.

Five reasons why seeds should be a commons